OIL - The cartel in retreat

In 1981, the price of oil was $34 in current dollars ($50 at 1992 price levels). The consensus was that it would keep rising toward the cost of synthetic crude oil or some such long-run ceiling. In fact, the cartel had fixed the price far above the point of maximum profit. OPEC members did not lose their power, they regained their wits, and saw their limits. The drop in consumption in belated response to the two price explosions was borne entirely by OPEC as price guardian. Non-OPEC production rose. OPEC market share fell to less than 30 percent. OPEC members kept a remarkable cohesion. During 1982-1985 Saudi Arabia absorbed most of the loss, and prices declined moderately. But when Saudi exports went to near-zero, they ceased to be the restrictor of last resort. The price fell below $10, until OPEC could patch up a market sharing deal and bring it back to the neighborhood of $18, where it has remained.Consumption revived, and OPEC exports have approached but not equaled the old peak. The once-massive excess capacity dwindled, but in theory and in fact this had little effect on the price. Each increase in exports meant a fresh contention over sharing it among members. OPEC meetings and disputes became almost continuous. Each member did its best to push the burden of restriction on to others. This limited OPEC cohesion and power over price. The oil market became "commoditized," with many re-sellers probing for even a slight gain. Adherence to a fixed price became much more difficult to monitor. Increasing reliance had to be placed on production restraint. Low prices caused Iraq to be hailed as savior for threatening Kuwait and Abu Dhabi, but this in turn provoked invasion and war. Despite the shutdown of two major producers, then one, prices have not revived. The cartel mission is to trade off market share against a higher price.But their market share remains too low to bear the losses a higher price would bring. Until it increases, the cartel stays in a trap. Whether revenues were higher or lower, OPEC members overspent them and ran current-account and budget deficits. They had difficulty raising money for oil capital expenditures, which were only a small fraction of total government expenditures. The Iraqi aggression was an extreme example of this tension, and of thetemptation of a rich neighbor. The world oil industry is an oddity. Socialism is repudiated everywhere, yet most oil is produced by bumbling state companies. The travail in the Former Soviet Union is the extreme example. Taxes on crude oil production in non-OPEC countries is usually regressive and hinders development. But past mistakes are present opportunities, and make likely continued long-time growth of non-OPEC oil, with the OPEC price stuck in the market share trap.
Quotes: 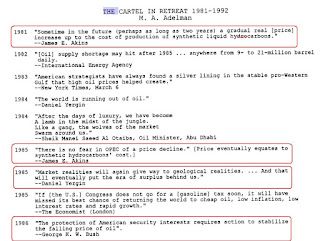 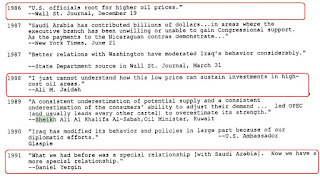 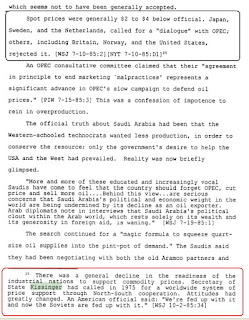 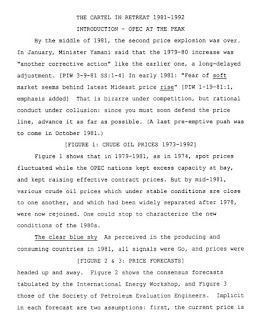 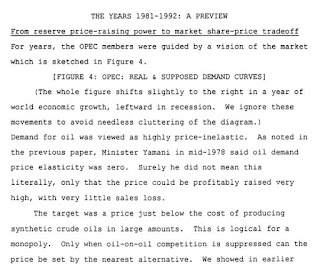 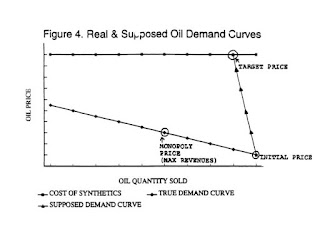 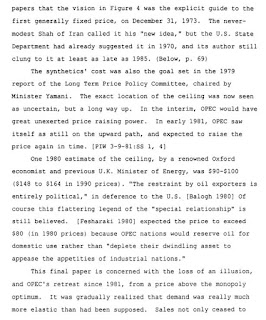 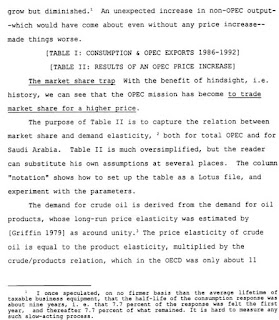 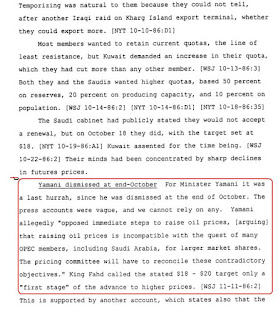 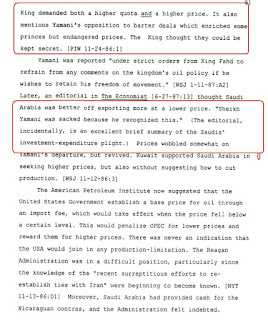 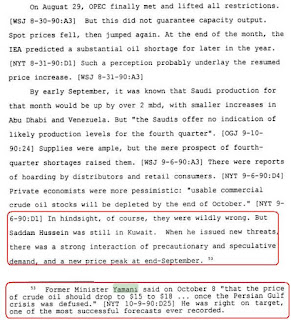 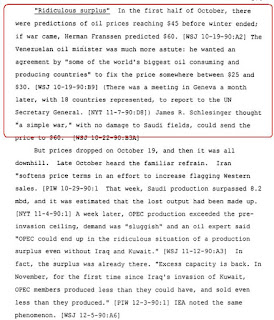 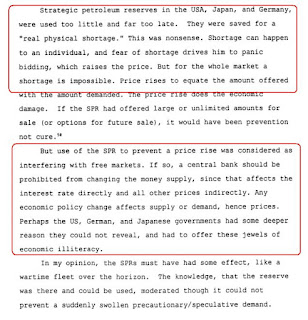 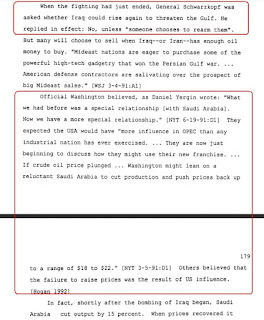